Personal Computing in the Late ’80s and Early ’90s 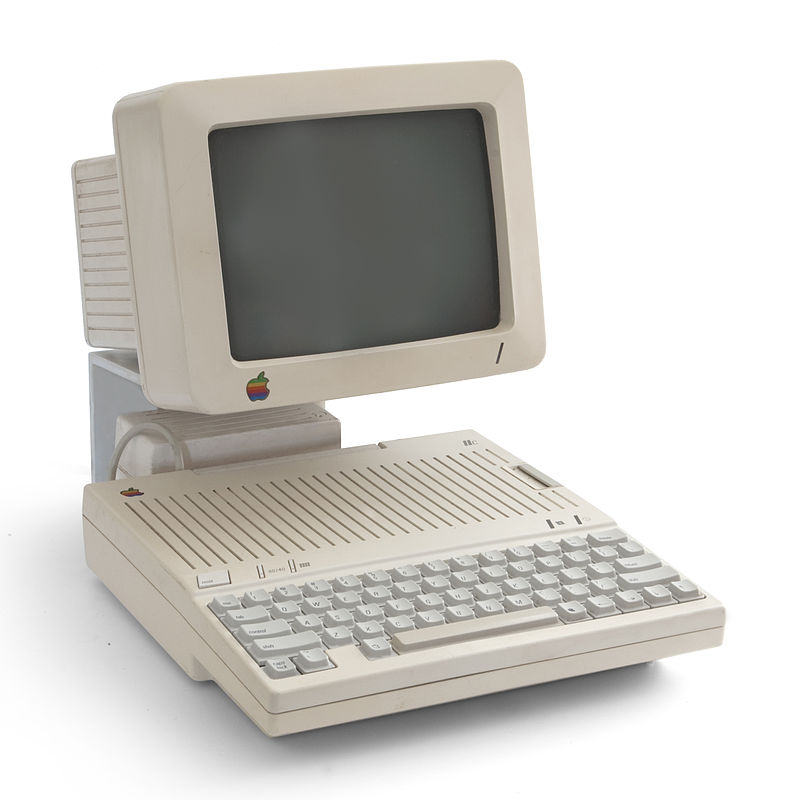 My first computer was an Apple IIc. The year was 1989. We couldn’t afford a new computer at the time so my stepfather got it used for around 600 dollars from a person he met at the local computer club. It was a clunky, beige box, but for the late 1980s, it was still quite the sleek machine. It was my entry into the nascent world of personal computing. Having a computer was not unheard of then, but mass adoption of personal computers in the home happened a few years later.

In those days, software was physically shipped on floppy disks in boxes and had to be purchased from a store or through mail order. The software industry’s main distribution model was through shareware, which was the name given to preview or demo versions. Downloading software wasn’t a thing until bulletin board systems became popular in the early ’90s. They had large amounts of shareware available but fell out of favor when dial-up Internet connectivity took over around 1995.

Returning to the story of my first computer, it was the most exciting moment of my childhood until then. Though 3½” floppies were already common, my Apple II had only the 5¼” floppy disk drive. The person who sold us the computer included a big stack of floppies with all kinds of software—most of it pirated, admittedly. I was still a child so my favorites were the games, of course, but given my already apparent nerdy disposition I remember enjoying educational games the most.

As I reminisce, there are a handful of early experiences with my first computer that stand out .

Computing memories from around 1989

Though the microcomputer revolution started in the 1970s, personal computers became mainstream in the ’80s and pervasive by the ’90s. Computer clubs were started to create a space for enthusiasts to meet, share tips, and demo new hardware and software. There was even a computer club in the small town where I grew up. I don’t recall if many kids attended but I do remember the adults excitedly discussing technology and generally giving each other advice.

Turning on the Apple IIc without a floppy disk resulted in a black screen with green letters and a prompt with a right hand square bracket. This was the Applesoft BASIC interpreter that was actually made by Microsoft for Apple.

Though I didn’t get seriously into programming until the ’90s, I remember trying my hand at it early in my exploration of the computer. Without fully grasping the concept of loops yet, one of my first attempts was creating an infinite loop with a GOTO statement. I was simultaneously mortified and and in awe of my tiny program that would run for ever, without being sure how to stop it.

In the Number Munchers game you controlled a blocky green critter with an insatiable appetite for maths. Numbers that satisfied the prompt had to be “eaten” while avoiding Troggles, the more sinister looking versions of McDonald’s Grimace character. My elementary school had this game in the computer labs and playing it there was a welcome break from the traditional math schooling.

The Carmen Sandiego series was a collection of educational games with various geographical themes. The games were mostly text-based with simple graphics. There were world, USA, and Europe-themed versions. You played the part of a detective chasing after a globe-trotting criminal mastermind, Carmen Sandiego, and her henchmen. Successfully apprehending her and her gang required learning about the geography and culture of different parts of the world in order to act on clues that they left behind.

In 1989, another variant of the series was released: Where in Time is Carmen Sandiego? Not all of my early software was pirated and I actually remember purchasing the time travel variant of the game in a Babbage’s computer store around 1990. Incidentally, the company that operated Babbage’s stores is now known as GameStop.

The Carmen Sandiego games did not have a very wide range of facts and data on the various geographies they covered, so they could get repetitive after a while, but nonetheless they were great fun and served as a starting point for learning about various parts of the world.

The first sports video games I ever played were the Summer Games and Winter Games titles. They were inspired by the Olympic Games, though not officially licensed as such. There were a handful of sports to choose from in each game but my favorites were cross country skiing and bobsledding from the Winter Games.

Montezumas Revenge was an early platform game that featured an explorer going through dungeons in an Aztec temple. The dungeons featured doors, ladders, ropes and conveyor belts that had to be navigated while avoiding enemies. I remember the game being quite challenging and frustrating at times for my young self but still engaging.

My second PC and the early 90s

After the Apple IIc, our second computer was a PC running MS-DOS with an Intel 386 processor purchased around 1991. Not too long thereafter we upgraded the computer to a faster 486 processor and added a CD-ROM drive along with an early version of Windows (probably a 3.x version). Though I don’t recall the exact specifications, this machine likely did not have more than a 33 or 50 MHz processor with hard drive storage of 100 MB or so at most. With my second computer I also got more into programming using QBasic.

In a follow up post, I will discuss further my experiences in the ’90s with connecting to BBS’s, playing early multiplayer first person shooter games, and connecting to the the Internet; all of this through dial-up modems that used the telephone line.

The past and the future of computing technology

It is incredible that in just a few decades our personal computers and now mobile devices have greater processing power, memory, and storage by orders of magnitude. The Altair 8800—one of the first PCs from the mid-1970s and the one with which Bill Gates and Paul Allen started Microsoft by building a BASIC for it—had an Intel 8080 processor with a clock speed of 2 MHz and 1–4 kilobytes of memory.

In comparison, the Apple IIc computer that I had was originally released in 1984 with a 1 MHz processor and 128 kB of RAM. Its processor had half the clock rate of the Altair 8800 but the Apple IIc surpassed it greatly in memory. Now PCs and even mobile devices have multi-core processors with clock rates in the several GHz range and several gigabytes of RAM at the very least. Storage of 128 GB–1 TB is now common compared to the measly 1 megabyte that floppies stored on average in the 1980s.

We’ve come a long way from the days of floppy disks, dial-up modems, and 64 kB of memory. In some respects, advancement in computing has slowed since it seems progress in the semiconductor industry will no longer follow Moore’s law. And now that computer technology is pervasive many take it for granted and even choose to focus on its negative impact.

However, even if raw computing power does not increase exponentially in the next few decades, one thing is certain: advancements in personal and mobile computing technology are sure to be surprising and they are more likely to be a net positive for society. The spirit of computer club hobbyists tinkering away and sharing their knowledge and excitement with technology still persists to this day in a myriad of virtual communities across the Internet.