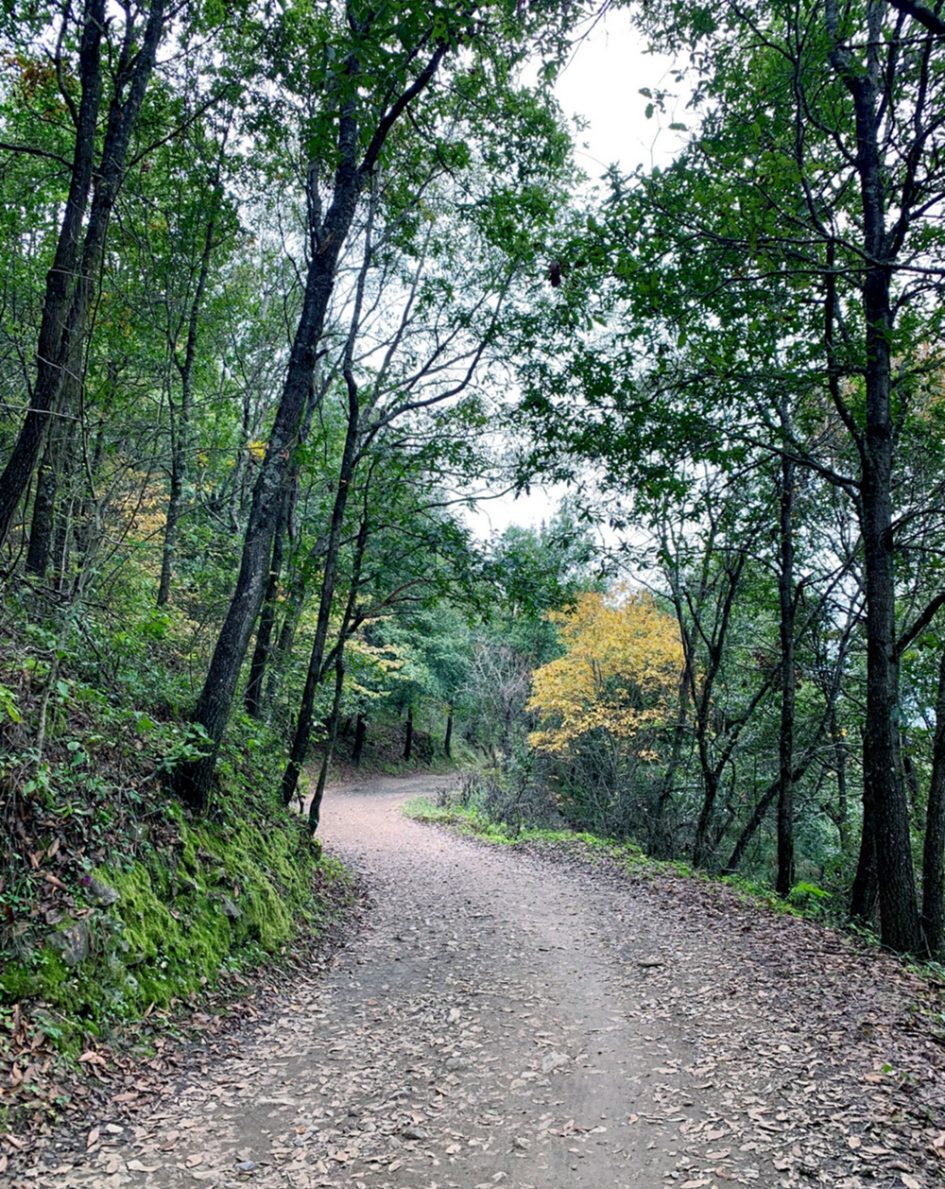 A winding path in Chipinque park in Monterrey, Mexico.

One chooses a destination in life and charts an idealized path to it. The actual paths along the journey are sometimes dim, misty, and serpentine. Other times they are well-lit and straight. Paths upon paths are found, chosen, and taken. Destinations can change and the process repeats.

There is a quiver in the at times uncertain step, but with each choice it gets firmer, and the journey more fulfilling. The journeys of our lives weave in and out through countless forks and many paths: at times divergent, convergent, or simply parallel. Each choice of path is a potential regret about what the other could have been, but a path once chosen is best taken resolutely, at least until the next fork is found.

In my life when faced with a choice, I’ve often preferred the more solitary road, the uncharted path—the more scenic route, perhaps. Whether these choices have been wise, only time will tell. Someday I might sigh and say, those choices made all the difference.

In 2019 when I was looking for a domain name for my personal website, I stumbled upon the .cafe TLD and was surprised to find that my surname was available. I don’t think I will ever start a real life café but given my fascination with the history of cafés and the intellectual and artistic atmosphere that many fostered, I immediately registered it, aspiring, perhaps, to someday turn it into a virtual café of sorts where I share ideas with the world. (edit in 2021: this year I am challenging myself to add much more content).

I was captivated by Robert Frost’s poem The Road Not Taken since I first read it and heard it a long time ago, probably during high school (actually it might have even been as early as middle school, now that I think about it). Though the full poem seems to be mostly about the regret and self-doubt that fills the speaker about the paths that were not taken, the final stanza quoted above is the one that really stayed with me and informed my interpretation of the poem. More generally, this stanza echoes my views on life hence the reflection above. This site’s tagline is inspired by this poem.

I hope that the wanderers of the internets, as they meander through its myriad paths, will find something stimulating here or at the very least some brief respite from their wearisome cyber-travels.

Most content on here will be in English but I will also write occasionally in Spanish, my native language (read more about me here). The website design is a modified version of the Baskerville theme by Anders Norén. All photographs are mine unless otherwise credited.